Full Name
John Mogulescu
Job Title
Dean Emeritus
Company
CUNY School of Professional Studies
Speaker Bio
John Mogulescu is Dean Emeritus of the CUNY School of Professional Studies (CUNY SPS). Under his leadership, between its establishment in 2003 and his retirement in 2021, CUNY SPS became one of the University’s fastest growing institutions. During his tenure, CUNY SPS created 22 undergraduate and graduate degrees (most of them fully online), and now enrolls over 4,200 students in its degree programs and credit-bearing courses, and thousands more in its non-credit courses and programs.

Created with the purpose of meeting the educational needs of working adults, organizations, and employers, CUNY SPS is home to CUNY’s first fully online degrees as well as a number of professional certificate programs. The School’s non-credit offerings offer a portfolio of $30 million in grant-funded programs in partnership with such agencies as the NYC Administration for Children’s Services (ACS), the NYC Office of Emergency Management (OEM), the NYC Department of Homeless Services (DHS), the New York City Human Resources Administration Office of Child Support Enforcement (HRA OCSE), and the Central Park Conservancy, among others.

This year, CUNY SPS was ranked 10th in the nation our of 358 institutions listed by U.S. News & World Report in its 2021 list of Best Online Degree Programs, making it the highest nationally-ranked program in New York State and New York City.

Dean Mogulescu also spent 40 years in CUNY Office of Academic Affairs, most recently as Senior University Dean. As a Central Office administrator, he developed programs in cooperation with virtually every New York City government agency and with many state agencies as well. From 2001-2018, the programs that Dean Mogulescu oversaw generated over $1.3 billion in external grants and contracts.

Dean Mogulescu is a past president of the Continuing Education Association of New York, a former member of the New York State Adult Learning Services Council, the past Chair of the Board of Visitors of the New York City Police Department, and a longtime member of the NYC Workforce Investment Board.
Speaking At
Convocation & Pinning Ceremony 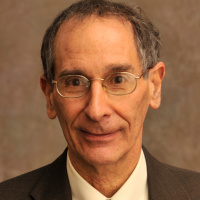